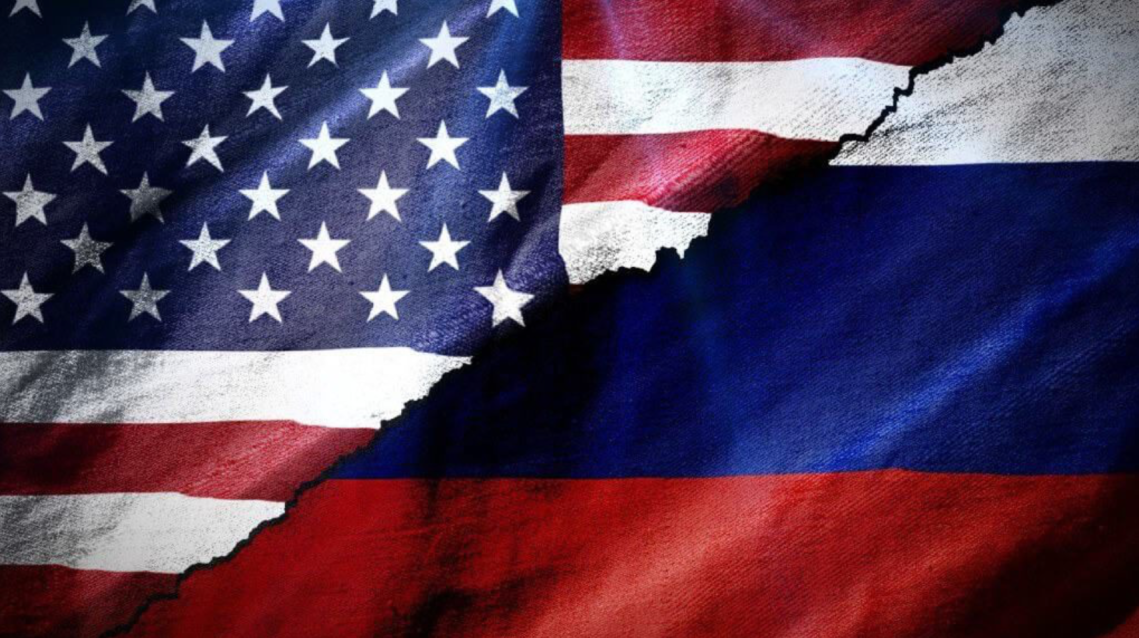 Russia and China are forming a dangerous coalition of powers on Eurasia. This is bad for the United States and the world. The great geostrategist, Sir Halford Mackinder, once cautioned his audience to be on the lookout for the rise of a strong military power or an alliance of powers in Eurasia, as that could negatively impact global trade. Eurasia—the landmass of Europe and Asia (connected by the Mideast)—is the most populous region of the world and contains the bulk of the world’s natural resources. It is a critical engine for global trade and prosperity. The largest powers in Eurasia, Russia, and China, are all land-based powers.

It was only in recent decades that both Russia and then China started becoming maritime powers. Even then, the Sino-Russian relationship was fraught and ultimately created a strategic opening for President Richard Nixon to exploit during the Cold War. When the United States moved China into its camp during the Cold War, the Soviet Union was truly isolated globally, and the end was nigh.

For some time, the United States and China maintained affable relations (though China took advantage of the United States, draining it of economic vitality and coming to threaten it militarily today). Meanwhile, Russia continued its inexorable decline. Today, it is a shadow of its former self, though it retains nominal control over a sizable chunk of land and its military gives Russian leaders the ability to complicate American grand strategy (which it does routinely).

Yet, at the end of the Cold War, the world was made anew—or at least it could have been. The Russians wanted to be embraced in the Western camp whereas the Chinese were looking to craft an alternate power center, but did not at that time have the power to create one. After 30 years of diplomatic mismanagement in Washington, D.C., the Russians have been pushed into China’s camp and China has been allowed to become a real threat to the United States.

Never once did American leaders take the time to ask how their actions (or inaction) on the world stage would propel the Russians and Chinese into a closer alliance. Not only that, most American leaders didn’t even care, believing in the bizarre notion that the United States possessed an otherworldly capability to control events everywhere, all at once with its military. It was geopolitical malpractice of the highest order and it was allowed to continue for three decades. Now, the United States is paying the price.

Presently, the Russian Federation is a weak state with a large nuclear arsenal. It has demonstrated limited capabilities for intervening in nearby states and using superior diplomacy to exercise its will across the world, from the Mideast to Africa. The Russian population is unhealthy and dwindling in size, being replaced slowly by Muslims from the south and ethnic Chinese in the Russian Far East. Meanwhile, in the world of United States Senator John McCain (R-Ariz.), Russia is a giant gas station masquerading as a country. It sits atop some of the wealthiest reserves of natural gas, oil, and water—Lake Baikal, for instance, is believed to have the largest stores of fresh water beneath its frozen surface.

The Russians have used their position atop this rich vein of natural resources—particularly its access to abundant stores of natural gas and oil—as a geostrategic lever to goad other states into adhering to Russian will. Currently, Europe is heavily dependent on Russian natural gas. The Russians have effectively created linkages with other oil-and-natural-gas-producing states, such as the Kingdom of Saudi Arabia and the Islamic Republic of Iran, to intensify its standing in the Middle East. Also, the Russians sell their resources to the resource-starved China. In many respects, Russia is the geostrategic linchpin of the world order when it comes to natural resources.

Rather than bringing Russia closer to its orbit, the United States spent much of the last three decades alienating and insulting Russia whenever it could. Today, the United States has strict sanctions placed on the Russian economy for their boorish behavior in Ukraine. Unfortunately, though, all that the sanctions have managed to do is to force Russia to move more closely into China’s orbit. Russia is making energy deals with the Chinese (and Indians) to make up for their losses in Europe and the West. Also, the Chinese are providing diplomatic cover to the Russians, as they run roughshod over neighboring countries and throughout the Middle East. Then, of course, the Chinese are using the Russians to solidify their dream of connecting all of Eurasia with the Chinese-dominated Belt-and-Road Initiative.

As the Chinese move east-west with their “new silk road”project, the Russians are moving from the north-south to link Eurasia together that way. Much of this could have been avoided had the United States simply thought through how it would respond to a weakening Russia. Thanks to America’s draconian moves, Russia is now becoming a “partner” to China’s global ambitions and is providing close cover for rogue regimes, such as North Korea and Iran, as they move further in building arsenals of nuclear weapons.

America’s political class—the so-called foreign policy experts—failed this country royally in the post-Cold War era. The United States and Russia should be running the world. Instead, Russia and China are set to destroy the world order. Just wait for China’s petro-yuan project to take full form. Then even the threat of American sanctions directed against Russia, Iran, or North Korea will no longer hold any weight.

If we were smart, the United States would use what leverage it currently has over Russia with the sanctions to negotiate a longer-lasting settlement with Moscow over long-standing conflicts in Europe and the Middle East, and then build off that to stunt the growth of Chinese power in the Pacific. But, time is not on our side and Washington continues to dither.