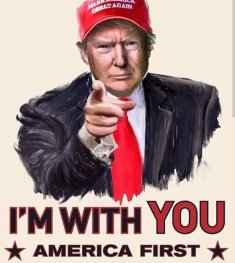 The Claremont Institute sponsored an event in Washington, D.C. a couple of weeks ago called “Conservatism in the Trump Era.” There, the speakers explained, in keeping with Plato’s Republic, “the foreign policy of a sensible nation is never devoted to the good of other nations, unless the good of another nation directly promotes the existence of one’s own.” Traditionally, American foreign policy has adhered to Plato’s view. In a similar way, Leo Strauss said the primary aim of foreign policy was to ensure “the survival and independence of one’s political community.” Any policy that advances this goal is worth pursuing. A policy that degrades the survival and independence of our political community, by definition, should be avoided.

Yet, here we are, standing in the ashes of the Bush and Obama Doctrines. Today, as we take stock of the damage wrought by these two self-destructive approaches to U.S. foreign policy, the same voices who once advocated these doctrines are now demanding President Donald Trump and his team follow a similar course. This is folly.

Who needs a “doctrine” anyway? Sure, having a doctrine is convenient. Historians love doctrines. Schoolchildren today know James Monroe mostly for his doctrine of American hegemony in the Western Hemisphere. But a doctrine that not only upholds bad decisions and locks a president into poor decision-making is a terrible idea.

President Trump, like many presidents before him, no doubt will synthesize his worldview into a doctrinal concept. And, to be sure, the writing—or tweeting—is already on the wall. It simply reads, “AMERICA FIRST.”

Whereas the Bush Doctrine was formulated in the dark days following 9/11, when the world thought that the next 9/11 would be a nuclear attack, the so-called Obama Doctrine was birthed in the years following the Iraq War and the Great Recession of 2008. In this way, most foreign policy doctrines are products of their times and reflections of the personal biases of those who crafted them. Without adequate historical context, the doctrines in question lose all meaning.

In his 2004 masterpiece, Surprise, Security, and the American Experience, Yale historian John Lewis Gaddis makes the compelling case that using preemption and unilateralism to enforce American hegemony has its roots in the Monroe Doctrine. In President Monroe’s time, America’s strategic position was precarious at best: at the edge of North America, facing indigenous tribes and predatory European empires, American strategists had to act boldly and decisively, in order to protect America’s independence.

Monroe’s secretary of state, John Quincy Adams, helped to devise a foreign policy that kept the Europeans at a distance from the United States. The Monroe Doctrine basically forbade European colonization of the New World. Due to its own political concerns, the British Empire—the world’s leading power at that time—resolved to use its navy to enforce the American doctrine. Therefore, the Monroe Doctrine secured the independence and security of the United States.

Theodore Roosevelt added his own twist to the Monroe Doctrine—the Roosevelt Corollary. Roosevelt said America would act as an intermediary between Latin American states and European empires whenever territorial disputes between them in the New World erupted. The goal was to prevent the European empires from increasing their presence in the New World due to increased tensions with Latin American states. Consequently, the corollary upheld the basic tenets of the Monroe Doctrine and advanced U.S. interests.

Why did the Bush Doctrine fail where those others succeeded? Unlike the Monroe Doctrine and the attendant Roosevelt Corollary, Bush’s foreign policy committed America to endless military interventions that not only reduced American security, but also diminished its independence. The Bush Doctrine could be used to expand the scope of American military operations ad infinitum. The Bush Doctrine, therefore, was too expansive (and expensive).

In 2015, Colin Dueck outlined The Obama Doctrine. “American grand strategy under Barack Obama emphasizes international retrenchment and accommodation, in order to allow the president to focus on securing liberal policy legacies at home,” Dueck wrote. For eight years, the country closely adhered to this program of retrenchment and accommodation whenever it could. When Obama was compelled to use force, he did so haphazardly, as in Libya. Thus, by not acting at all (or sufficiently enough), the Obama Doctrine—though purporting to aim at the polar opposite of Bush policies—ended up negating American security and independence as much as the Bush Doctrine had (if only by different means).

As I’ve argued elsewhere, “America First” is not a return to pre-World War II isolation. Nor is it some paen to white nationalism. If anything, it is a return to a more traditional American worldview, in that it emphasizes the need to keep America secure and independent without nation-building. The emerging Trump Doctrine borrows from the best bits of some of America’s most effective foreign policy presidents, adapted for our time and circumstances.

In his inaugural address, President Trump said, “We do not seek to impose our way of life on anyone, but rather to let it shine as an example for everyone to follow.” This implies a degree of humility in U.S. foreign policy not seen in decades. The Trump Doctrine will be much more effective as it hews closer to America’s Founding concepts.

CLICK HERE to finish reading the article only at American Greatness!