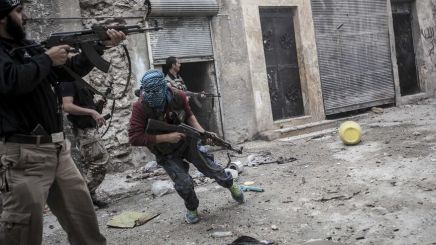 The Syrian Civil War that has plagued the world for five years now is coming to a settlement. Five years ago, had you asked any keen observer of regional patterns, they would have said that the Assad Regime was going to fall and that the U.S. would help to usher in a new regime. Yet, the Obama Administration did not intervene when the costs of doing so would have been low. Instead, President Obama allowed Syria to burn.

Even still, a second opportunity presented itself when Assad likely used chemical weapons on his own people in 2012-13. Still, the Obama Administration reneged on its promises to punish anyone who used such weapons in the Syrian Civil War. It is rare for second chances to be offered to a power in geopolitics. It is impossible for third chances to ever arise.

Now, it is paying the price for that fecklessness. This week, Reuters reports that Russia, Turkey, the Assad Regime, and Iran are moving toward a negotiated settlement on the Syrian Civil War. The ringleader of this cabal is none other than Vladimir Putin, who is now calling for the interested parties to meet in Kazakhstan and work out an agreement. The only rub is that neither the United States nor the United Nations will be allowed to partake in the negotiations. What’s more, there is little hope that the Syrian opposition forces that the U.S. has supported these last five years will have a say in the postwar political situation in Syria.

Meanwhile, the Russians are poised to put an end to one of the world’s greatest humanitarian catastrophes (which it helped to create). In so doing, it will also ensure that its geostrategic interests are enhanced at the expense of the United States. For Russia, their involvement in the Syrian Civil War has not just been about protecting a long-time client or giving cover for their allies in Iran, but it has also been about securing the rights to build a billion dollar natural gas pipeline connecting Europe with the Mideast. Such a pipeline will run straight through Syria. This proposed pipeline will be administered by none other than Russia, Iran, and Turkey—the three states that are backing Assad in the Civil War.

It might sound strange to you, but Russia’s historical foe (and a long-time member of NATO), Turkey, is in cahoots with the Russian Federation in supporting the Assad Regime. This is in spite of last year’s controversy in which Turkey downed a Russian fighter jet that apparently strayed into Turkish airspace from neighboring Syria. Turkey working with Russia is also in spite of Turkish strongman President Erdogan’s desire to remove the Assad Regime from power, so as to elevate Islamists who it believes will support an increase in Turkish influence in the Mideast (for more explanation, see our article on Turkey here.)

It is believed that Turkey’s downing of the Russian jet was less a sign of historical animus toward Russia and more of a bargaining position. The Turks were letting the Russians know that they held the geostrategic keys to giving Moscow its greatly desired pipeline. Initially, when the Iranians proposed the pipeline, they excluded Turkey. A competing pipeline was proposed by the U.S.-backed Qataris and Saudis that included Turkey. However, with the explosion of the Syrian Civil War, coupled with America’s reticence to commit forces to that conflict, the Qatari pipeline never left the drawing board.

Sensing that America’s position in the region was on the wane and Russia’s was ascendant, Turkey sought to ensure that it reaped financial benefit from the proposed pipeline through transit fees. Turkey’s embrace of Neo-Ottomanism and Islamism also meant that, ideologically, it was finding more in common with Putin’s Russia than the U.S. This explains why Ankara has gotten so close with Moscow. For these reasons, I suspect, that there will be a permanent—and growing—rift between the United States and Turkey, which will have profoundly negative consequences for NATO, Europe, and the Mideast.

Even still, Turkey does seek the removal of Bashar al-Assad from power. Yet, it is likely they will seek this through diplomatic means during the forthcoming peace talks in Kazakhstan. It is likely that Ankara will insist upon a power-sharing agreement whereby the Alawites can remain in power in Syria, so long as Assad agrees to eventually give up his power.

No Pipeline For You!

The biggest losers in this deal are the Europeans, the Syrian civilian population, and nominal U.S. allies, Saudi Arabia and Qatar. Europe will now be even more dependent than they already were on revanchist Russia for their natural gas. The Assad Regime will have a free hand to exact terrible vengeance upon its populace for ever rising up in the first place (not unlike what Saddam ultimately ended up doing to the Kurds and Shiites who rebelled against him at the urging of the George H.W. Bush Administration). Lastly, the loss of Turkey to Russia’s proposed pipeline will be a significant economic loss for the Saudis.

Indeed, I believe that this explains why the Saudis have announced their intention to reassess their business dealings with the United States, in light of the election of Donald Trump and the recent ruling that will allow Americans to sue Saudi Arabia for its covert support of the 9/11 hijackers. While the Saudis are upset over this and they are uncertain over Donald Trump’s intentions toward them, this move is likely also a punitive action against the West on the part of the Saudis. The reasons are twofold: they are disheartened by the inability of the West to adequately defeat the Islamic State and they are convinced that Russia is the ascendant power in the region and that the U.S. is seeking to abandon them entirely.

Thus, the Syrian theater of the Great Pipeline War is set to come to an ignominious end. America is about to lose critical influence in the region, great economic opportunity is going to be conferred upon America’s rivals; the Iranian regime will be further empowered, and the genocidal maniac, Bashar al-Assad, will remain in power. 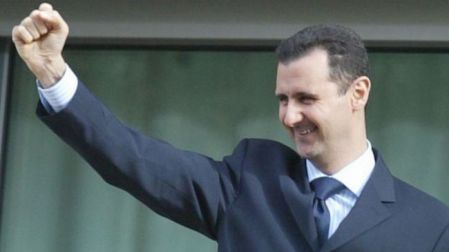 In a way this outcome was inevitable. Russia has always been significantly more invested in Syria than the U.S. The moment that America failed to intervene when the costs of such intervention were relatively low in 2011 and 2012 (and justified), it created a strategic opportunity for the Russians to exploit. Despite this, though, the U.S. needs not lose focus of the bigger picture: rebuffing Russian revanchism in Eastern Europe. A failure to prevent greater Russian annexation in Europe will represent an unmitigated failure of American foreign policy.

While America may have lost the Syrian battle of its ongoing competition with Russian (and that’s what it is right now: a competition. It need not devolve into an actual war), it needs to focus on the real prize: protecting its allies in Europe. It also needs to focus on defeating the Wahhābī terror networks plaguing the world and at keeping Iran bottled up. Those are the real U.S. strategic interests.

The loss of the Syrian theater of the Great Pipeline War is no one’s fault but Barack Obama’s. It was his feckless leadership that gave the Russians inspiration to make such bold moves in Syria, a region far away from Russia’s traditional sphere of influence. The Obama Administration’s indecisiveness and its bizarre support of Jihadi rebel groups in Syria only encouraged Russia to take bolder action. Furthermore, America’s morally courageous decision to support the Kurds in their fight against the Islamic State pushed Turkey away from America’s orbit.

Moving On Is the Hardest Part

President-elect Trump is being handed a bad hand by his predecessor in much the same way that President Reagan was handed a bad hand from his predecessor. He will need to act boldly and decisively to secure America’s long-term global interests. That means not getting hung up on Syria. Let Putin have his victory here. America needs to protect its allies, rebuff Russian revanchism, defeat ISIS, and contain Iran.

The U.S. also needs to be aware that the Great Pipeline War is far from over. Indeed, its next front might just be in an unlikely place: Nigeria. Stay tuned for more on this, please.